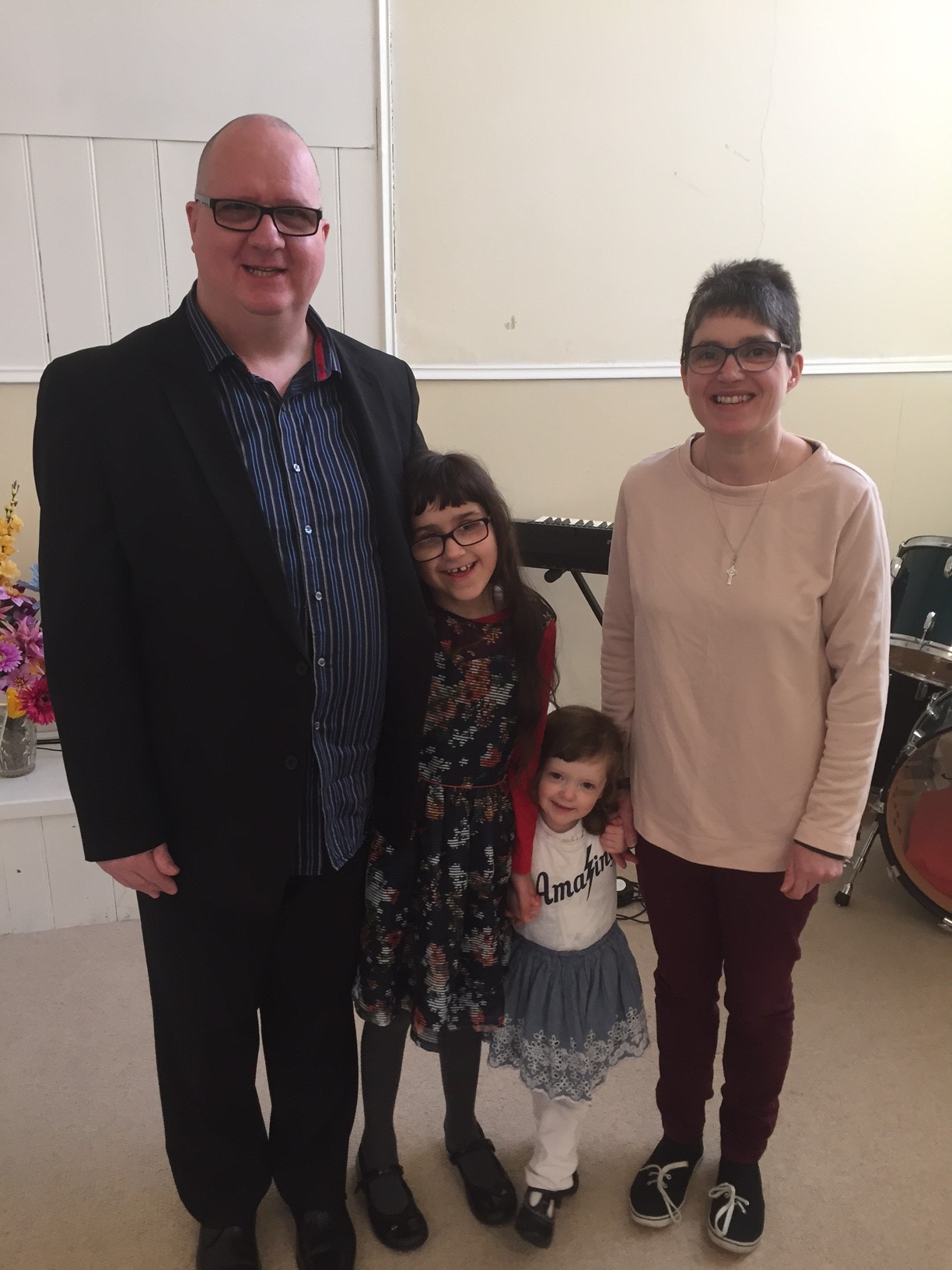 There's a verse in the Bible that I really identify with, Paul the Apostle says in 1 Corinthians 15:10, "by the grace of God I am what I am, and his grace to me was not without effect."

Hi, I'm Pastor Stephen  McCluskey and I would like to welcome you to Revival Church Dundee.   I'm a Pastor who packs a punch, but would rather not, unless I have to.   I like to have fun and I would like to think I have a great sense of humour.   I minister with a prophetic edge and faithfully discharge and share my abilities, gifts, gifting, skills and talents. 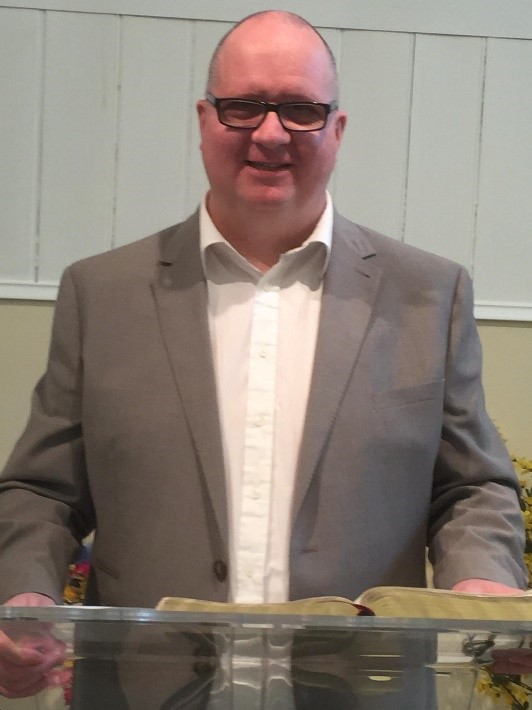 I was born in 1963 and grew up in West Glasgow and Irvine with my Mother, Father and two sisters.  I had a challenging and difficult upbringing and those times and experiences set me on the path of what was to become my lifelong Christian journey of transformational change through personal Christion Faith.

I trained as a painter and decorator and worked for the local council.   After that I became a salesman in a gent's outfitter.   At that time I also became part of the Charismatic Movement before becoming a Christian in 1982 and simply began serving and getting involved and have done so ever since.   I joined the New Life Church, Prestwick, Ayrshire, and remained there until I left to gain further training, gaining a broader range of experience and service.   I briefly lived in Kettering and Milton Keynes before moving permanently to Dundee.   It was whilst I was in Milton Keynes that I completed a Bible School Ministry programme entitled Power Ministry Bible School, it was a condensed and intensive course which covered many Bible College topics.

Having an abiding sense to serve the Lord from that time, it grew and increased as I grew in my Christian journey and walk.   He called I answered.   I am a New Creation and I'm transformed.   I'm saved and redeemed.   I'm anointed and full of the Holy Spirit.   I'm Graced and I'm Gifted.    I gained experience through training in different, various areas.   I studied and I travelled.   I developed and progressed.   I practised and improved.    I laboured  and I worked.

I eventually moved to Dundee in 1992, where I quickly became a part of the Bethany Church congregation.   I served over the course of many years, I also started attending college to gain some qualifications which I had not gained at school, and this resulted in me gaining employment with BT in 1996.   My continued involvement and service as part of the church saw me serving as a musician to begin with, I play guitar, to supporting with sharing part of the preaching ministry.

During a low point in the Church life, there was a new Pastor appointed and  I served and worked very closely alongside him.   My role changed, I supported in administration and organisation, I preached occasionally, led a vibrant house-group and contributed to teaching courses and manuals.   I became a part of the leadership team, becoming more and more a Pastor's Assistant, sometimes leading the church.   Following this period and after the retirement of the previous Pastor, I was privileged to then become the pastor of the church.

I cherish and I love.   I train and I remain.   I preach, Prophecy and teach.   I grow, I love and am loved!   All this through Him who enables me!

During my tumultuous time at BT I suffered a serious and significant health scare.   These were difficult times for my Wife and I, there were just the two of us at that point.   This experience enabled me to review my life's priorities, I adjusted and made changes, I amended and reviewed, I cared and I committed.   This experience further strengthened my faith and helped reach a major cross road in my journey.   After 17 years I made the decision to leave BT in 2013 and to devote myself full time to my ministry training.   In the course of this training I successfully completed my Mattersey College learning and was ordained as a minster that same year.

The other change this precipitated was to make me more conscious about my physical health and well-being.   I made the decision to attend a weekly self-protection and fitness class called Aware, run by my fried and instructor Ross which ran for three years and started going for jogs and walks, bike rides etc.   I also attended Karate classes at Sport Karate East where I learned and practised karate and also went to the fitness class K Fit.   In late 2017 I made the decision to move to Kanzen Karate and I have never looked back.   Thanks to a lot of hard work and the excellent training and support of Sensei Roy O'Kane and his team I am now a Brown belt third level and am due to attempt the Black Belt in the near future.

Since leaving BT, I have also become a Workplace Chaplain with Workspace Chaplaincy Scotland offering listening and support services to all manner of Work places in Dundee City Centre.   I have completed many modules through the chaplaincy and it has taught me a different new way of sharing faith directly and indirectly.   We also provide mental Wellbeing Listening Post support on a drop by basis every 2 weeks to the general public.   Whilst Workplace Chaplaincy is a non-doctrinal, non-proselytizing organisation, there are sometimes rare opportunities to answer questions, explore various aspects of faith and life and just generally be an active presence witness.

In early 2017 after having served as the pastor of Bethany for many years, having assessed and reviewed many aspects of the Church, activities, character, history, reputation, life and ministry, we concluded that it was time to change and revise our whole church.    Through this time of review we made the decision to change the name of the Church and Revival Church Dundee is the direct result of that.

Revival can mean so many things, I recently wrote a blog about this which can be read here, so I won't go into all the details here.   Revival though  is more than a name for our church or a word, for us it is aspirational of what kind and type of church we will increasingly become and carry the same attitude, character and heart of a genuine move of Revival as a work of God among the Church, the community in general, the city and even eventually the part of the outporing of revival in and to the Nation. 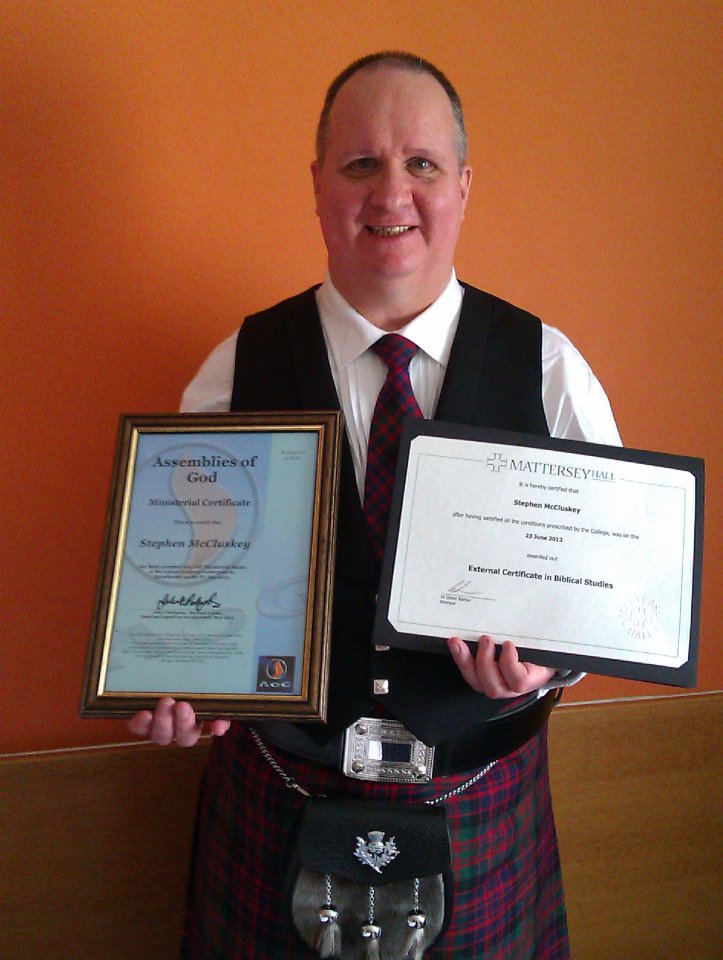 Psa 115:1. Not to us, LORD, not to us but to your name be the glory, because of your love and faithfulness.